Remembering the Fallen or Thinking Only of Our Shelves?

IT STARTED LONG AGO
For thousands of years, cultures have honored their fallen soldiers with public displays like communal funerals, the decorating of graves, and even great feasts. It wasn’t until after the American Civil War that an official day of remembrance was created. By remembering fallen soldiers, or promoting positive values, we’ve seen holidays manifested in a new form: they’re now sitting on the shelves in your favorite stores.

THE BEGINNINGS OF AN OFFICIAL HOLIDAY
In 1868, a decree was issued by General John Logan that encouraged all Americans to observe Decoration Day (as it was first known) by decorating and laying flowers on the graves of fallen soldiers.
Americans were quick to adopt the concept, and over a century later, federal law gave the day of honor an official name change. Decoration Day became Memorial Day, and in 1971, President Richard Nixon made it an official federal holiday.

MEMORIAL DAY TODAY
In modern times, Memorial Day is still commemorated as it was long ago, but now brands have joined in by emblazoning their consumer touchpoints with patriotic designs and colors. Remembering the fallen has become a commercialized event. In fact, just the other day, a bag of patriotic M&M’s caught my eye as I was fulfilling the last-minute shopping list my sweet wife texted me (didn’t get the M&M’s—I stuck to the list—sort of).

WHAT DO YOU THINK?
Color and design certainly play an important role in the world of packaging, but when another level of emotional connection can be achieved, it may be reflected in sales.
Do you think the notion for which Memorial Day first began — the solemn decoration of graves instead of the decorating of consumer goods – should be kept?
Is this type of packaging a way to inspire the remembrance of soldiers who paid the highest price, or is it a way to inspire sales?

Whatever your position on the role of packaging and this solemn holiday, all of us at the Packaging School encourage you to pause and reflect upon those that have given their lives for the country in which we live, work, and play. And package. 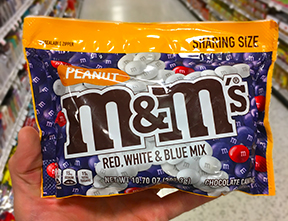 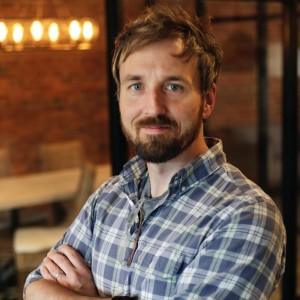 My title is Creative Director at The Packaging School. I direct creativity. Mostly, I am a Creative Thought Wrangler - I connect with our team, I listen, and then I set about curating those thoughts and ideas... and then bring them to life.